The workshop is intended for executives, their direct reports, as well as employees, partners and suppliers from key planning, approval, and funding functions. Participation is for individuals and for entire business units.

Scrum for Full Scale Manufacturing is an Agile discipline that combines Scrum with modular architecture and Lean/XP practices. This framework enables those who work with hardware to enjoy the same benefits that agile software Teams have enjoyed for decades. This course builds on the core practices presented in the Scrum in Hardware guide.

Register
Packages
Outcomes
Program
Trainer
Testimonials
How do you know if this workshop is for you? Would you like...
This course is ideal if you need:

The course is intended for executives, their direct reports, as well as employees, partners and suppliers from key planning, approval, and funding functions. Participation is for individuals and for entire business units.

Our course is appropriate for all levels of business agility skills and there are no prerequisites for attending. A Certified Scrum Master course is recommended.

All course dates are guaranteed!

Radical Innovation for Product Companies The workshop is intended for executives, their direct reports, as well as employees, partners and...
Register now

Select the package which meets your needs

Discounts may apply to Standard Economy tickets. To qualify for a discounted price, on time payment by the date stated in the invoice is required.

Discounts on two-day classes and workshops

We grant discounts of CHF 400 to Students, Unemployed, swissICT members, participants paying with their own money, and Mentoring group members on all tickets except "No Frills". We also grant "Train the Team" discounts on Standard Economy Packages, depending on the number of people booked and invoiced together:

* Note: Cancellation is not allowed and postponement is limited if a train the team discount was applied.

In general, if multiple discounts would apply, only the most beneficial discount will be applied.

After this workshop you and your attendees will be able to...

Joe Justice has worked in Tesla, Toyota, Ford, Boeing, Lockheed Martin, Bosch, Saab, MAN, the US Air Force, the Australian Army, and their suppliers, among others. He also worked in the technology giants HP, Microsoft, Google, Amazon, Cisco, and their partners. He has been referenced in the Harvard Business Review, CNN Money, Forbes, The Asahi Shimbun and Nikkei in Japan, and mainstream financial news coverage globally. 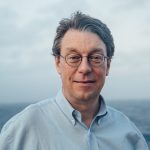 Peter Stevens has coached senior executives, business founders, and all levels of management in companies ranging from Startups to 200-year-old institutions. His teaching has inspired thousands to become more agile in Switzerland, Europe, India, and Asia. Founder of the Personal Agility Institute and the World Agility Forum, he is the author of two books on Agility, Ten Agile Contracts: Creating The Right Relationship Between Sourcing and Development, and Personal Agility: Hope For The Overworked.

The course includes topics specific to:

Topics will be tailored to the class attendees.

What do recent participants say about Peter Stevens?

Participants are enthusiastic! Net Promoter Score from October 2013 to April 2014: +63%! (Read more about my commitment to top quality courses!). Here's a selection of recent comments: 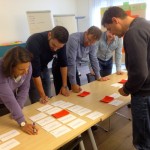 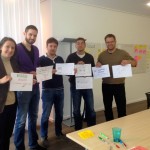 Creating an"analogue version" of a cool new product -- yours! 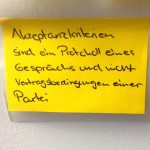 Take home many "A-Ha!" moments as you figure out the why of Scrum!

You'll leave the course with clear ideas on what & how to improve!