Ken Schwaber Steps Down as Chairman of the Scrum Alliance

A recurring problem of Agile projects is management commitment. Today I gave a talk on getting the change process started. Based on a combination of my own experiences and the patterns documented in Rising and Mann’s Fearless Change, I talked about how to get an idea launched and gain initial acceptance to move forward. But even after a successful start, getting and keeping management on board has always been a difficult problem. 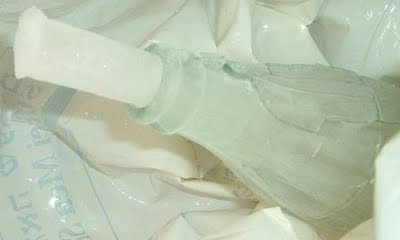 A frozen coke bottle can be a powerful symbol of the need for change.
Photo (c) Jonathan Lansey, used with kind permission.

Today I encountered another book about making change happen: Our Iceberg is Melting, by John Kotter. (And thanks to Remo Schmid for lending me the book!) John tells a fable about a young penguin named Fred. Fred is a bit of a loner, but lives with his herd on an iceberg on the coast of Antarctica. Through careful observation, Fred a) notices that the iceberg is melting, and b) because of the way that it is melting, he becomes convinced that terrible things will happen next winter and the herd must act to prevent catastrophe.

According to Fred, the iceberg is melting from the middle, leaving an air pocket, which fills with water. When that water freezes, it will expand, causing the destruction of the iceberg with terrible consequences for the penguin population living there.

Of course most penguins don’t believe Fred, and he struggles for acceptance of his ideas. (Several important steps occur here which I will gloss over). Finally, Fred and his Executive Sponsor stage an experiment. By chance, they have found a glass coke bottle, which they fill with water and leave in the ice overnight. If Fred’s theory is correct, then as the water turns to ice, it will expand and destroy the coke bottle. Exactly this happens, and the exploded coke bottle becomes a powerful symbol for convincing everyone from the board on down of the urgency of the problem and the need to do something about it.

(At this point, many more important steps take place as the birds eventually adjust to reality and find a way to thrive and prosper in the changed world.)

On the road to high performance teams