FAQ about the Agile Contracts Manifesto

This series of articles looks at the manifesto as a whole, the four values, then principles one to five, and finally principles six to ten.

Peter: Welcome. Together, Karsten Eskelund, Mirko Kleiner and I have had the privilege of working together for the last six or eight months on the Agile Contract Manifesto. Why a contract manifesto? Well, we’ll answer that question in just a moment. What I’d like to do first is pass the talking stick to Carsten and Mirko for a quick round of introductions on our side. So, Karsten, you’re up!

Thank you. I am based out of Oslo, Norway. I worked at Capgemini for seven or eight years, including two years in Bombay, to learn about the outsourcing world and see how it worked from the other side. And for last, around 10 years, I have been working as a sourcing advisor, sitting primarily on the customer side, drafting all kinds of different agreements, and seeing the trend going from this on premise, managed service. The vendors take all kinds of responsibility contracts, to the changes we see today, where it’s more about sourcing people and building the best possible teams. And I’m really looking forward to this discussion. Guess passing it on to Mirko.

Yeah, thanks, Karsten. My name is Mirko Kleiner, I would call myself the disrupter of procurement these days. We are reinventing the wheel. We invite invented lean agile procurement, a new way of sourcing. Obviously, the contracts are the final result. And just imagine, you would have the most complex sourcing case, we do that instead of months in days. How do we do that? We bring all different parties, internals, vendors, and competitors in the same room, and let them co create their proposals, and even an agile contract. So that’s in short, about myself. Obviously, agile contracting is something that I’m supporting for more than 10 years. My personal experience is as an ex-software vendor. And I’m also kind of an advisor, I’m not a lawyer. From an agile perspective, what are the options? No time material is not the only agile contracts, just to give you that little answer already. So back to the studio to Peter.

My name is Peter Stevens. I’m originally from the US I’ve been living in Switzerland for a while – the leading digit is now a three – I’ve been working as primarily as a scrum trainer since about 2010, and as a Scrum Master or Scrum Coach since about 2006. I got into contracting when one of my first customers they realized that their scrum projects were working and nothing else was really working reliably. One of the questions they asked me was, how do we contract for scrum projects? I ended up doing a fair amount of research on the subject, you know, and wrote an article “Ten Contracts for Your Next Agile Project” and gave a talk at the scrum gathering about it. In 2020, I wrote a greatly expanded update, “Ten Agile Contracts*, which was basically intended as a bridge between, the supplier side and the client side of a contractual relationship.

My first appointments with Stijn Follet were probably in April or May of last year [2021], I think we really got going in July or July, or there abouts of last year, where we started meeting on a biweekly basis to put together ideas and create the, what we now call the Agile Contract Manifesto.

Why the Agile Manifesto for contracts?

You could look at it this way: We have the Agile Manifesto, the original one as like the, the mother or the main abstract. And this is just an implementation for the legal side of agile collaboration. So, because the original agile manifesto was originally developed for software development, but still, in the meanwhile, it got applied in many, many industries and functions and companies. We just want to extend that so we could also support this agile collaboration cross-company with a legal foundation that is as agile as the corporations hopefully already are.

Differences to the original Agile Manifesto

We are uncovering better ways of aligning contracts with agile collaboration by doing it and helping others to do it. Through our work we have come to value…

That is, while each element on the right is important, we find that emphasizing the elements on the left generally leads to better results.

I think one kind of big differences with the way we have word left, in the original manifesto, they say that it is the left side over the right side. Instead, we have used the term “more than.” We had a long discussion about this. because some people wonder about the manifesto for agile development: Does that mean only the left side is valued and not the right side? What was over mean? We tried to make it less blunt and direct. And that’s why we change the wording a little bit, meaning the elements on both sides are both important for sure.

I think one big difference between the Agile Manifesto for software and the Agile Manifesto for contracts is that the former was only written by software people, whereas the latter was really a cross functional team. And so, you know, one of the things that we wanted to avoid doing was taking sides, we wanted to avoid being polemic, we wanted to avoid shouting. We’re not trying to convince anyone, we’re just trying to say that, well, this is what’s worked for us. We’re emphasizing that this stuff leads to better results. That’s our experience, we find that emphasizing the stuff on the left leads to better results.

Next up: The four values

Get the entire transcript mailed to you! 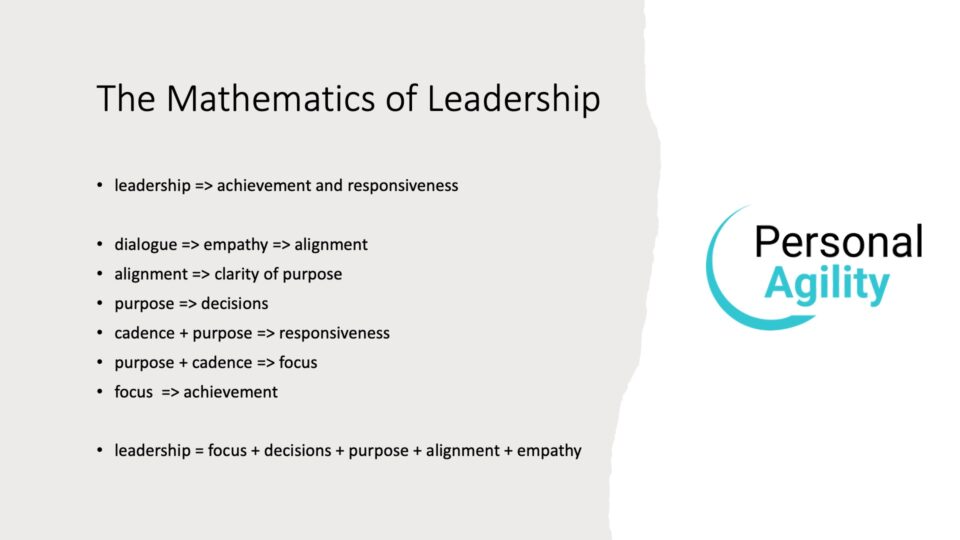 The Mathematics of Personal Agility 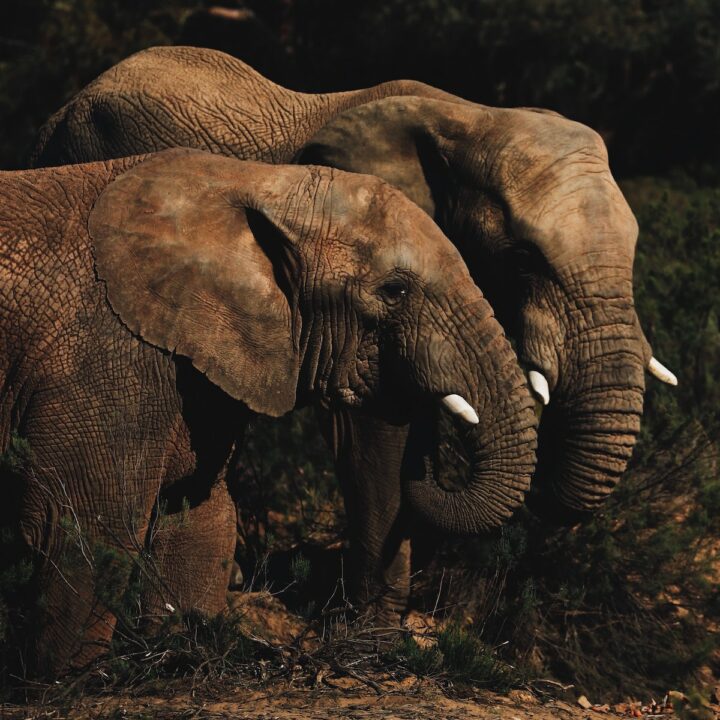 Image of an elephant Image courtesy of Isabella Juskova and unsplash.

The elephant in the Agile living room