This series of articles looks at the manifesto as a whole, the four values, then principles one to five, and finally principles six to ten.

Yeah, so we already come to the first value. So I think this is a common one, in an uncertain world where we can’t simply can’t define the scope upfront. We need to rethink what we write, then scope wise in a contract, and sometimes this is vague. It could be just a vision. But we want to emphasize to people to think about expected outcomes and have a conversation about that. Often, those are still hypothesis. But yeah, going away, focusing more on the why and the what, instead of going directly to the how, which, in our use cases, where Agile has its sweet spot.

I was really inspired by the Commercial Cargo and Commercial Crew projects that were created by NASA. And you know, back in the early 2000s, NASA realized they needed a replacement for the space shuttle, rather than contracting simply for a rocket, they said, “We want a service that will take cargo to the space station,” and they defined a series of test criteria, which the vendors were invited to bid on. There were, I don’t know, five, six maybe seven steps, the last of which was successfully docking with the ISS, which the vendors had to achieve. NASA awarded a total of three mandates for the first project, which led to having to two working services that take cargo to the space station. And then they repeated the process for commercial crew. They awarded two mandates, of which one is currently in service and the other in final testing, again for a small fraction of the money that has been paid for typical projects on a more time and materials basis, so-called Cost-Plus projects.

Value two – Clarity and simplicity more than complexity and completeness

Yeah, this one I think is an important one from the owner. A lot of creators are used to contracts and I guess I’m one of them. When we work with Agile contracts, we will work with Agile practitioners with businesspeople. Not all of them are lawyers who are used to reading the complex and complete contracts. I think we do see a shift. I’m not sure if the lawyers are fully on board yet to agree to this. Maybe this manifesto can help also in that regard, but I think for the rest of us this, this is an important one. It must be clear; it must be simple. Otherwise, the contract is signed then kept aside. And people work without looking at the contract.

To me, this was this was where we saw the interdisciplinary nature of the team that produced the manifesto. If only software people had been involved, we could have phrased the part on the right to make it sound like, well… we might have said something much less friendly to the legal perspective. But we want everyone at the table, so we tried to avoid language that might exclude people or professions. There are no straw men and our values and principles. Honest people with good intentions can argue for being complete and having the full complexity mapped in the contract. We still believe there is more value in clarity and simplicity.

This is one of my preferred values in the manifesto. I would like to put the focus on the term partnership. If you think about how your last negotiation felt, it’s often a buyer/supplier relationship. What we want to do is to emphasize that all the parties who are involved in creating a contract meet each other on either level. Only then can it become a 5 to 10 years contract. We still need to be adaptive and grow as we develop as a partnership.

Looking again at the NASA examples, I think the client, that is, the entity who is asking to have stuff built, gets to set the music. The Commercial Crew project offers some striking examples. United Launch Alliance had a very traditional approach. Both the company and the approach were trusted by NASA. The underdog, SpaceX, had more of a build it, break it approach. I would call it agile. NASA worked very closely with SpaceX, much more than with ULA, during the Commercial Crew Development. And what was interesting is when SpaceX hit problems, they focused on solving the problems. That very close collaboration and the sharing of expertise led them to resolving those problems quickly. Therefore, the more agile project of the two came to results faster and more reliably; the more waterfall project is still trying to get through integration testing. I think that the commitment on both sides to getting the project done is what makes even very complex projects successful.

Next up: Principle one to five

Get the entire transcript mailed to you! 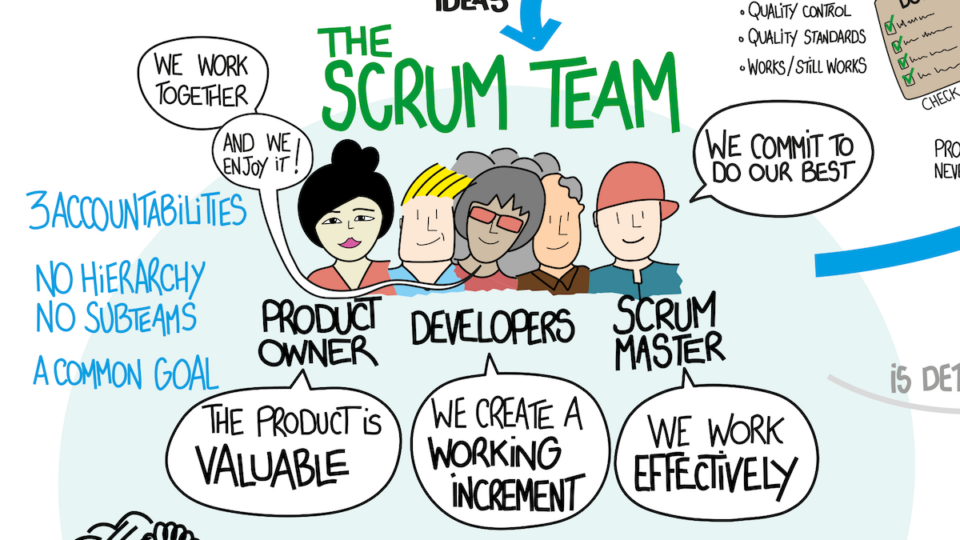 Inside the Scrum Team – the Video 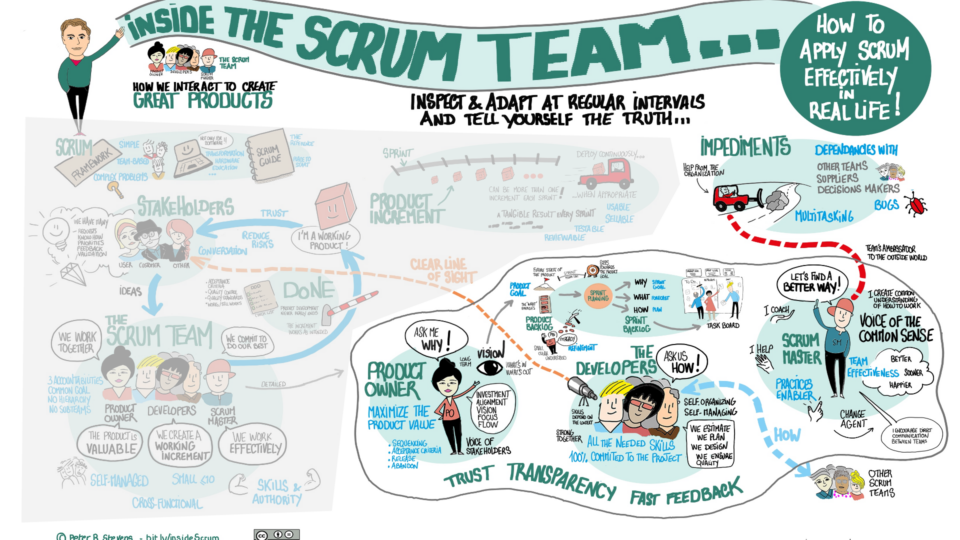 Inside the Scrum Team – Part 2 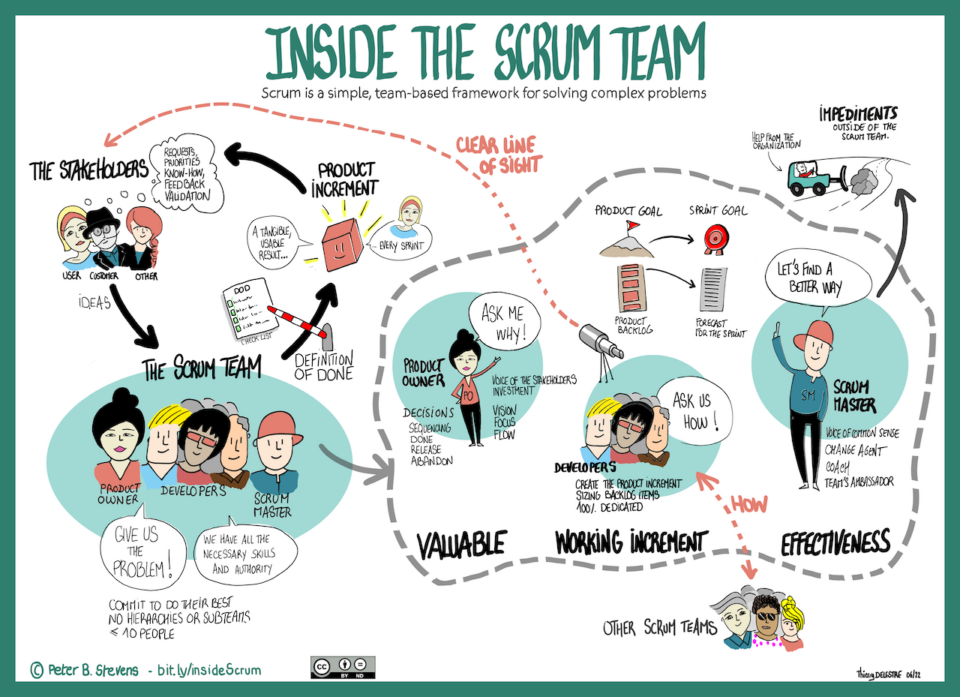 Inside the Scrum Team – Part 1