Why the name Scrum Breakfast?

How to Start Doing Scrum

I got interested in Scrum when I heard about it at MySQL. They had something called a Daily Scrum, in which all the developers participated. Not working in development, I wasn’t part of that process, but a year later, I was wandering through Barnes & Noble at Crossroads Mall, and there was Ken Schwaber’s Book “Agile Project Management with Scrum”.

My previous contacts with project management convinced me that project management was about estimating and counting beans, producing lots of documentation, and other very useful tasks. Maybe something a bank or other large enterprise would want to do, but somehow very removed from the actual process of producing software.

Ken’s book spoke to me, so I bought it. It was a revelation! Finally a book on project management that actually provided useful information about how to plan, estimate and organize a project. A book that talked about people, what they should be doing, and how they should organize themselves.

So if you want to start doing Scrum, start with Ken’s book and do exactly what he says. 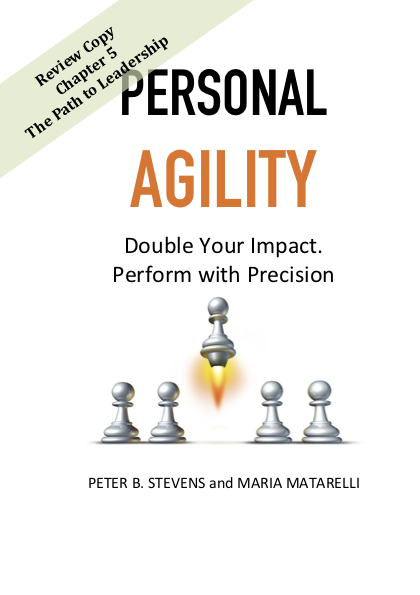 Personal Agility: The Path to Leadership is released to early readers